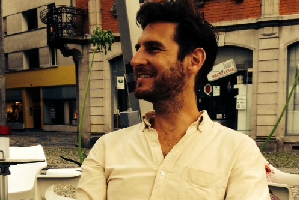 He is Subject Editor for European and South African Theatre/Performance for the Routledge Performance Archive, Assistant Editor for Contemporary Theatre Review, a member of the advisory board for European Stages, and is currently co-editing Contemporary European Playwrights (Routledge) with Maria Delgado and Dan Rebellato and A History of Polish Theatre (Cambridge University Press) with Katarzyna Fazan and Michal Kobialka.