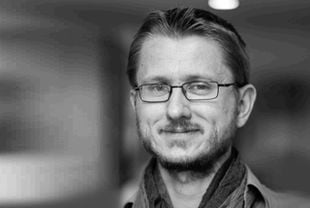 Pieter Verstraete is a theater scholar, cultural activist and critic based in Berlin. He is currently a tenured Assistant Professor in Arts, Culture and Media at the University of Groningen and a Marie Skłodowska-Curie Research Fellow at the Theatre Studies Institute of the Free University of Berlin. He received his PhD from the University of Amsterdam in 2009, where he worked in the Institute of Theatre Studies on different occasions. He lectured also at the Radboud University of Nijmegen, the Drama Department in Exeter, and various universities in Turkey. His research interests split into two strands: one is on intermedial practices with a particular emphasis on sound and listening (including voice and music theatre); a second thread concerns sociopolitical questions, with a special focus on Turkey (including interculturalism, postmigration, activism, and exile). Publications include various works on sound and voice in Performance Research (2010), Theatre Noise (CSP 2011), The Legacy of Opera (Brill 2013), Disembodied Voice (Alexander Verlag 2015), Journal of Sonic Studies (2017), and Positionen (2022). His texts on Turkey were published by the Jahrbuch Türkisch-Deutsche Studien (V&R Unipress 2014), Praksis (2016), Performance Matters (2018), TRI (2019), and Performance Research (2022), Red Thread (2023), ITI Journal (2023), among others. He is also co-editor of books: Inside Knowledge: (Un)doing Ways of Knowing in the Humanities (CSP 2009), Cathy Berberian: Pioneer of Contemporary Vocality (Ashgate/Routledge 2014), and Theatre, Performance and Commemoration: Staging Crisis, Memory and Nationhood (Bloomsbury/Methuen Drama 2023). He co-edited the fourth special Essays section on ‘Activism and Spectatorship’ of the EASTAP journal, European Journal of Theatre and Performance (EJTP) with Agata Łuksza. From 2022, he is managing editor of EJTP and active member to EASTAP’s ExComm.