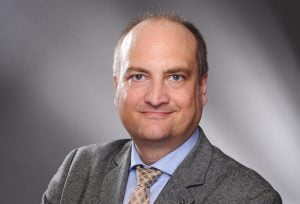 Peter M. Boenisch is Professor of Dramaturgy at Aarhus University. His research areas are theatre direction, dramaturgy, and the intersections of theatre and politics, as they become manifest in aspects such as spectatorship, the institutional conditions of theatre production, and transcultural performance in a globalised Europe.

Most of his research seeks close collaboration with theatre artists and institutions to undertake what he calls “practice relevant” research. Peter’s books include Directing Scenes and Senses: The Thinking of Regie (2015), The Theatre of Thomas Ostermeier (co-authored with the German director, 2016), and, as editor, the volume Littlewood – Strehler – Planchon in the series The Great European Stage Directors (with Clare Finburgh Delijani, 2018), the 30th anniversary edition of David Bradby and David Williams’s Directors’ Theatre (2019), and The Schaubühne Berlin under Thomas Ostermeier: Reinventing Realism (2020). At AU, he leads the research group “Paradigms of Dramaturgy: Arts, Institutions and the Social”. He has been one of the founding members of EASTAP. Originally from Munich/Germany, he previously worked at LMU Munich, the University of Kent, and the Royal Central School of Speech and Drama, University of London.